The HK45 Virtual Fireside Chat series continues! Join us for a discus...

The HK45 Virtual Fireside Chat series continues! Join us for a discussion with Baiju Vasani to hear about his journey, values, successes, and what embracing diversity means to him. 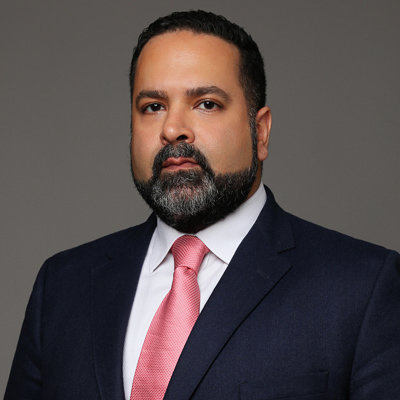 Baiju is an international arbitration lawyer and arbitrator based in London and Moscow. For the last two decades, he has served as advocate or arbitrator in dozens of high-value international arbitrations across a range of sectors and industries involving ICSID, UNCITRAL, ICC, LCIA, ICDR, SIAC, BITs, the Energy Charter Treaty, and public international law. He also advises states on the negotiation and drafting of investment treaties, and investors on the (re)structuring of their investments for maximum treaty protection consonant with tax and corporate governance strategies.

He has an active pro bono practice centred on using international dispute resolution techniques to further the global rule of law, and is passionate about bringing all facets of diversity into the international arbitration field.

He is a Senior Fellow of SOAS University of London, a Fellow of the Chartered Institute of Arbitrators, and on the arbitrator panels of various institutions worldwide, including ICSID.

He holds four degrees in law (a Bachelors (LLB - London), two Masters (LLM - London, BCL - Oxford), and a Juris Doctorate (JD - Northwestern)). He is admitted as a Solicitor Advocate in England and an Attorney at Law in the District of Columbia, USA, and registered as a foreign advocate by the Ministry of Justice of the Russian Federation.