The HK45 Virtual Fireside Chat series showcasing female talent continues! Join us for a discussion with Yas Banifatemi to hear about her journey, values, and successes. 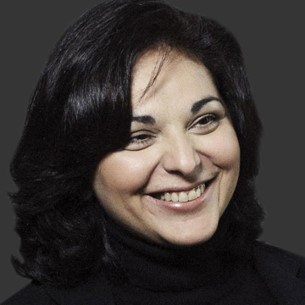 Yas Banifatemi is a partner and the Global International Arbitration Practice Group Leader at Sherman & Sterling. She also serves as the firm's Public International Law Team Leader and Lead Industry Coordinator for Energy.

Yas teaches at Harvard Law School, Yale Law School and Panthéon-Sorbonne University. In the Summer 2019, she gave a course at The Hague Academy of International Law on the powers of the arbitrators. She researches in the areas of public international law and international arbitration, and has authored numerous publications in, and regularly speaks about, both these fields.

She co-founded and was the first Secretary-General of the Arbitration Academy. Yas also acts as executive director and coordinator of the New York Convention Guide Project, a research project undertaken with UNCITRAL in relation to the UNCITRAL Secretariat Guide on the Convention on the Recognition and Enforcement of Arbitral Awards.

Yas is actively engaged in a number of initiatives aimed at promoting diversity and inclusion in the legal profession and elsewhere.