You are cordially invited to attend the inaugural HKIAC Lecture in Seoul, delivered by the Honourable Mr Justice Robert Tang, GBM, SBS, Non-Permanent Judge of the Court of Final Appeal and Council Member of Hong Kong International Arbitration Centre.

﻿This webinar is part of the Seoul ADR Festival 2021. 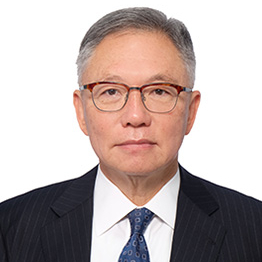 Mr Justice Tang became a Non-Permanent Judge of the Court of Final Appeal in 2018.

Whilst in private practice, Mr Justice Tang was, at various times, the Chairman of the Hong Kong Bar Association, the Criminal and Law Enforcement Injuries Compensation Boards, the Independent Police Complaints Council, the Town Planning Appeal Board, the Takeovers and Mergers Panel, and the Securities and Futures Appeal Panel. He was also, at various times, a member of the Judicial Service Commission, the Appeal Board on Public Meetings and Processions, the ICAC Complaints Committee and the Exchange Fund Advisory Committee of the Hong Kong Monetary Authority, and a non-Executive Director of the Mandatory Provident Fund Schemes Authority.

Mr Justice Tang was a member of the Judicial Officers Recommendation Commission, which recommends judicial appointments, from 2014 to 2018. He has been the Chairman of the Standing Committee on Legal Education and Training since 12 August 2017. He is a trustee of the S. K. Yee Medical Foundation. He is a member of the International Advisory Board of the Hong Kong International Arbitration Centre, as well as the HKIAC Finance & Administration Committee Member and Council Member.

Mr Justice Tang was awarded the Silver Bauhinia Star in 2004 and the Grand Bauhinia Medal in 2018. He is an Honorary Bencher of Gray's Inn.