You are cordially invited to attend the Annual Kaplan Lecture, delivered by Robert Spano. 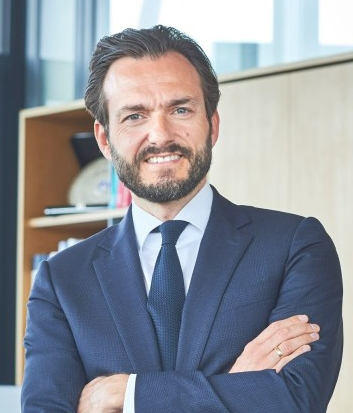 Robert Spano was President of European Court of Human Rights.

He graduated with a Candidatus Juris Degree in Law from the University of Iceland in 1997. He subsequently read for a Magister Juris Degree in European and Comparative Law at the University of Oxford (University College) graduating in 2000 with distinction. At Oxford, Robert Spano was awarded the Clifford Chance Prize (proxime accessit) for his scholastic achievements as well as the Civil Procedure Prize.

After graduating in 1997, Robert Spano was appointed Deputy District Court Judge in the District Court of Reykjanes, serving in that role until 1998 when he became a Legal Advisor in the Office of the Parliamentary Ombudsman of Iceland. After his post-graduate studies at Oxford University, he was appointed Special Assistant to the Ombudsman serving in that role until 2004.

From 2004 to 2013, Robert Spano was a full time legal scholar in the Law Faculty of the University of Iceland, first an Associate Professor of Law and then, from 2006, a Professor of Law, serving as Vice-Dean of the Faculty from 2007-2010 and then elected Dean from 2010 until his election as a Judge of the European Court of Human Rights in 2013. He has written extensively in the fields of statutory interpretation, human rights law, constitutional law, as well as criminal law and criminal procedure. Robert Spano has published three books and approximately 80 articles and book chapters. He is an acknowledged expert in the field of digital rights, the internet and business and human rights having lectured widely on these topics in recent years.

Robert Spano chaired various commissions and expert committees in Iceland. He drafted numerous bills adopted by Parliament, primarily in the field of criminal law. He was appointed Chairman of the Standing Committee of Experts on Criminal Law of the Ministry of Justice in 2003-2008 and again in 2011-2013. In 2007, the Prime Minister of Iceland appointed Robert Spano as Chairman of a Special Commission entrusted with investigating human rights abuses in municipal and state child care institutions from 1947-1992. In 2011, the General Assembly of the State Church of Iceland appointed him Chairman of its Commission mandated to investigate allegations of sexual abuse by the former Bishop of Iceland. Robert Spano, an expert on children's rights, was an expert to the Lanzarote Committee of the Council of Europe in 2012 and also the Icelandic member of the European Committee on Crime Problems of the Council of Europe from 2012-2013. In 2012, he was appointed Iceland's ad hoc judge in the EFTA Court.

Robert Spano will join Gibson, Dunn & Crutcher (London) on 1 January 2023 as Of Counsel practicing in the field of international arbitration.